World Junior final tickets re-sell for up to $79K 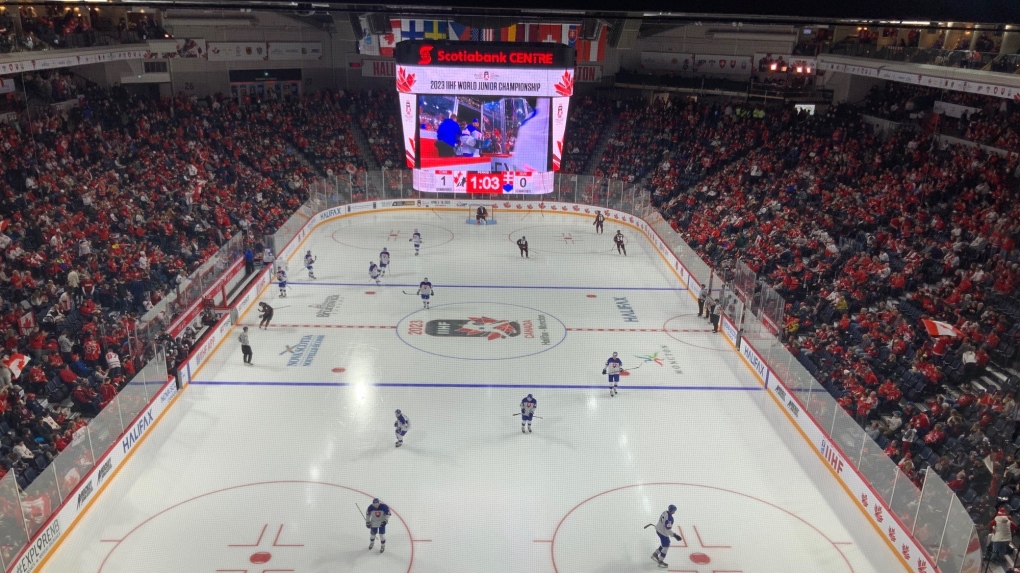 Hockey fans who were hoping to score a last minute deal as the 2023 IIHF Ice Hockey World Junior Championship winds down in Halifax might be out of luck — unless they’re willing to pay dearly.


Available online tickets on StubHub Wednesday evening listed prices ranging from $986 to $79,358 each.


With a busy marketing firm to manage, Neil Stephen doesn’t have a lot of leisure time during the week, so even with tickets, he didn’t give a lot of thought about attending Wednesday morning’s Latvia versus Austria game.


Not wanting to see the pair of tickets go to waste, he and his wife offered them for free on Facebook.


They were eventually taken, but not until the game was well underway — surprising for Stephen.


“Given how things were going with these tickets, we thought they’d go right away, but it took a little while,” said Stephen.


Already considered a massive success around here, the tournament has delivered plenty of action and economic spinoffs that will probably take weeks to tally up.


Unsurprisingly, tickets for scheduled Team Canada games sold first and fastest, and now, with the Canadians in medal contention, ticket prices for the semi-finals and final game are reaching heights unheard of around the region.


Mid-range tickets were listed somewhere around $3,000 on Wednesday.


Arenas in Europe are often half empty, even for big games.


“Whereas in Canada, big interest, big rinks, (and) we’re one of the smaller rinks – it’s 10,000 with the boxes and everything,” said Joseph.


Putting out some feelers of their own on Facebook, Katie Hines and her fiancé are taking offers on their four remaining tickets: two bronze and two gold.


“$900 a piece, which honestly, we’re not willing to let it go,” said Hines, noting her fiancé’s father had come from Ontario for the tournament, but had to go back.


Her partner, she says, is reluctant to sell, unless it’s an offer he can’t refuse.


“He truly does want to go to the game, it’s a once in a lifetime opportunity,” said Hines.


For others, the opportunity is doubtlessly out of reach because of cost.


It’s a shame, says Neil Stephen, who also had tickets for today’s semi-final.


“It’s exciting for those teams. Those are kids, and I want the stands to be full for those kids,” he said. “When they think of Halifax, when they go back to Slovakia or wherever they are going, to think, ‘Man, we were in Halifax. Those stands were full.”


A lofty goal — that’s coming with an increasingly large cost.