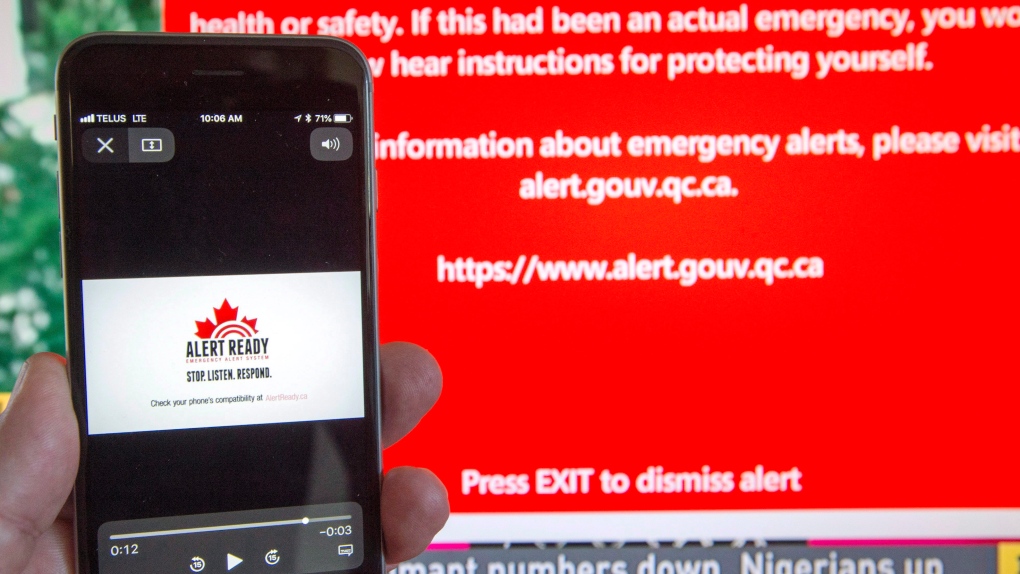 Alert Ready, the Canadian emergency alert system, will be tested in Nova Scotia and New Brunswick on Wednesday.


Residents can expect to hear an audible alarm at 1:55 p.m. on their TVs, radios and wireless devices.


Compatible LTE-connected wireless devices will vibrate with a text message indicating it is only a test.


The following message will be displayed:


“This is a test of the National Public Alerting System issued by the New Brunswick/Nova Scotia Emergency Measures Organization. If this was an actual emergency or threat, instructions would now be given that would assist you and your family. This is a test, no action is required.”


Nova Scotia EMO says, while the test may be startling, they want people to notice and follow directions in the event there was a real alert.


Emergency alerts have a distinct sound or vibration. The test may startle you but when we send a real alert, we want you to notice and follow the direction. A reminder that 911 is for emergencies only. #AlertReady pic.twitter.com/CJ7alqM0z3


Nova Scotia used an actual alert as recently as last Tuesday, when an 11-year-old girl went missing in Digby County. She was found safe the next day.


In New Brunswick, an alert was last used in Restigouche County when Environment and Climate Change Canada issued a tornado warning on July 24.


New Brunswick and Prince Edward Island previously had an Alert Ready test done in May, while Nova Scotia has not had one yet this year.