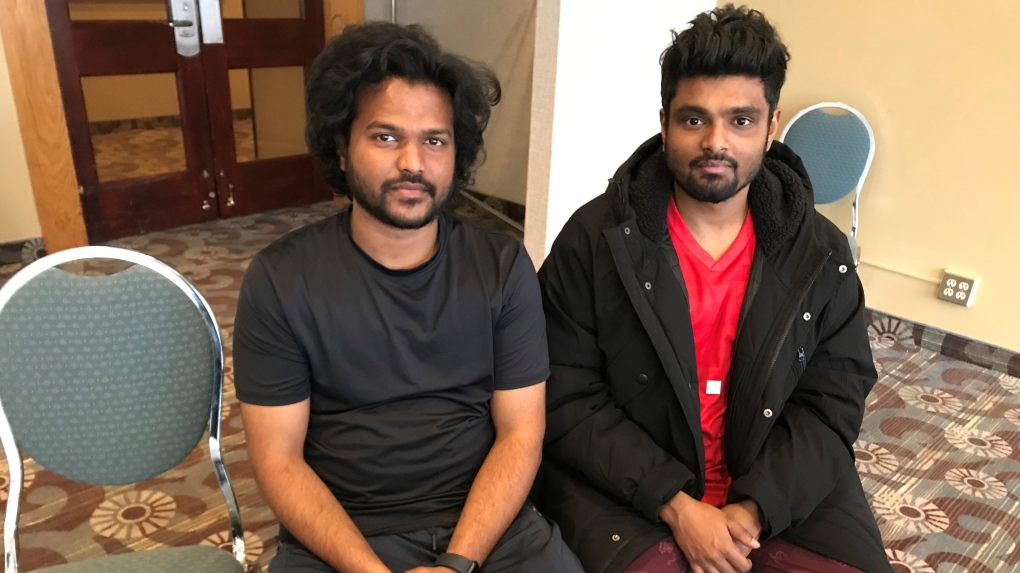 It’s been nearly three weeks since a fire at a Sydney apartment killed a Cape Breton University student from India and left seven others with no place to live. Now, two of those displaced students are still living in a Sydney hotel.


They say their stay was covered until Tuesday, but now they’re paying out of their own pockets.


They haven’t been able to find more permanent new living arrangements since the Dec. 17 fire.


“The problem is, how long will it take to get us into a normal life,” said Vinay Kumar Rekaj, one of the students living at the Travelodge in Sydney.


“There’s [no accommodations] in the city, so it’s a little difficult and it’s a little down. I don’t think any accomodations are going to come up,” said the other student, whose name is Siddharth.


While the two students are still in the middle of a personal housing crunch, one of the first tasks of the New Year for CBRM’s mayor and council is to figure out how to spend $5 million in rapid housing initiative funding announced just before Christmas.


CBRM Mayor Amanda McDougall said an expression of interest has gone out and new housing projects have to be designated by Mar. 15.


“This money is absolutely important,” McDougall said. “At the same time, we need to keep attracting more development to our community. We need to see more apartments, a wide range of housing development to take place.”


McDougall added she and Sydney area councilor Glenn Paruch met with the displaced students before the holidays, but housing solutions haven’t been easy to come by.


“I had an opportunity to sit down and meet with those students prior to Christmas, knowing the challenges they face trying to find dignified housing, and I think that’s an important term to use here,” McDougall said.


In an statement emailed to CTV Atlantic, CBU said it’s supported the students with housing since the fire and did find several housing options for them both on and off campus.


The university noted roughly 60 beds are available in residence.


The students explained they haven’t found options yet that meet their work and transportation needs.


Meanwhile, a GoFundMe page started shortly after the fire took place has raised more than $5,600.


“You’ve been showing us love. That’s all I can appreciate, so thank you so much,” Siddharth said.


Stakeholders have pointed out that housing in the Sydney area might soon be even harder to come by, with 350 to 1,000 new international students expected for the winter semester, starting Jan. 9.