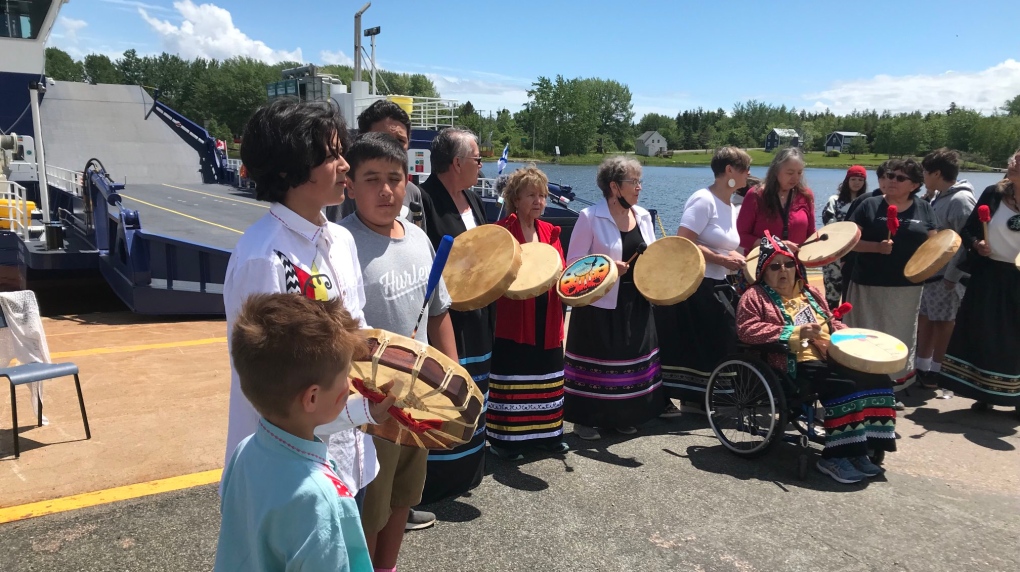 A new ferry named after the former grand chief of the We’koqma’q First Nation was officially launched in Cape Breton Monday.


Grand Chief Sylliboy, a residential school survivor, died in 2017 at the age of 76.


“I’m very honoured that the province chose my father’s name,” said Michelle Sylliboy, Grand Chief Ben Sylliboy’s daughter, during Monday’s launch. “It’s significant because it’s a lifetime recognition. Like his role as the grand chief was a lifetime role.”


“Grand Chief Ben Sylliboy served as the voice for his people for 25 years and led his community for decades. He was a steadfast leader, a wise mentor, and was highly respected by many,” said Public Works Minister Kim Masland.


“We are honoured to have our new Little Narrows ferry called after him.”


The name was chosen based on a contest involving the We’koqma’q Mi’kmaw School in Whycocomagh, N.S., and the Rankin School of the Narrows in Iona, N.S.


“I came up with it when I thought of our Mi’kmaq ancestors, because I’ve been learning a lot of Mi’kmaq history in my school and I thought it would be good to choose it to honour him and the Mi’kmaq culture,” said Francis.


“Grand Chief Sylliboy had a gift for building connections between individuals, and it is fitting to honour his legacy with a ferry that connects communities in Cape Breton,” said Lt.-Gov. Arthur J. LeBlanc.


“This tribute reminds us that one individual can have a significant impact through continuous engagement, compassion and empathy.”


The new ferry is expected to have lower operating costs and greenhouse gas emissions than the previous vessel.


“The other ferry, because it was older, we were having problems with tanks and that type of thing. The other ferry was over 30 years old. So, this one here – brand new,” said John Majchrowicz, the Nova Scotia manager of Marine Services.


The cost of the new ferry was roughly $6 million, with the federal and provincial governments each funding about $3 million.