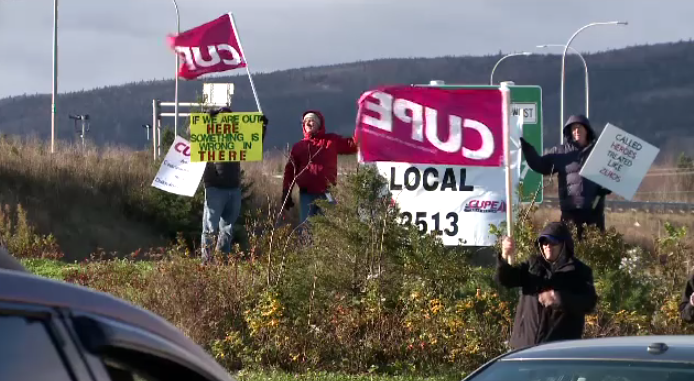 
The rally was organized by CUPE 3513, which represents nearly 300 members who work at the home for adults living with special needs.


They wanted to voice their concerns about what they say has been a failure to address increasing workplace violence.


“Over the past while, we’ve had sexual assaults, assaults with weapons. We’ve had severe injuries,” said CUPE local president Karen McMullen.


Breton Ability Centre’s CEO didn’t deny there has been an increase in physical aggression but said it isn’t fair to paint all residents with the same brush.


“This is stigmatizing everyone who lives at Breton Ability Centre, unfortunately,” said Harman Singh.


Singh admits there has been an increase in the complexity of client support needs, which has made the work environment more challenging.


She added that mitigation strategies to try to make things safer for staff and residents are underway.


“I would say that our hearts go out to them, and we are doing everything we can to prevent workplace injuries,” said Singh.


Back at the picket line, workers were also concerned about having enough staff and resources for when residents are moved out of institutional living, into community-based settings.


“[We are here] to ask the Department of Community Services for a meeting, and to come in and talk about what can we do together collectively,” said CUPE national representative Kathy MacLeod.


Singh said she, too, would welcome an open discussion.


Nova Scotia’s Department of Community Services told CTV Atlantic in an email it has regular discussions with Breton Ability Centre about their needs, including staffing.


The department added it would continue to work with facility management to ensure staff and client safety and address staff concerns.