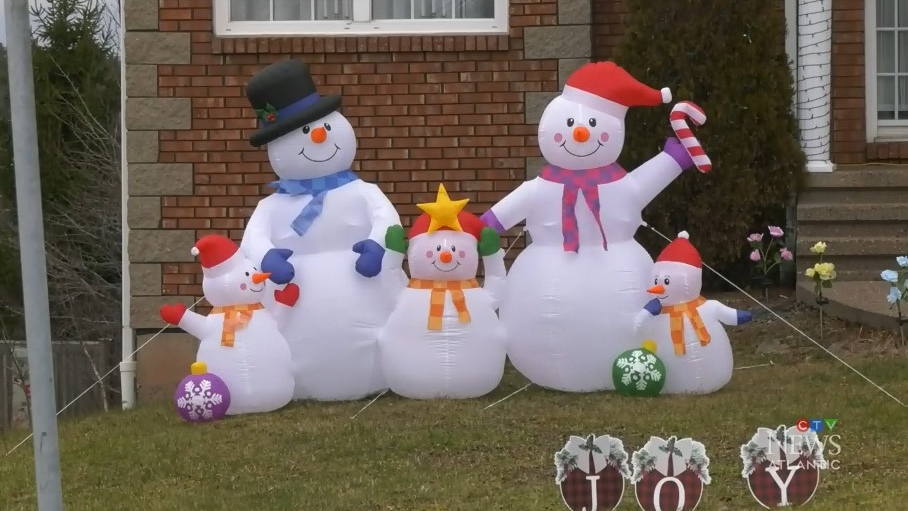 Despite plenty of green grass, and even some insect and flower sightings in the Halifax area this week, experts say it’s best not to get used to it.


“The dead of winter — the halfway point — is still a couple of weeks away, so certainly it will show up,” said David Phillips, Environment Canada senior climatologist, in an interview with CTV Atlantic Monday.


But Phillips does admit this winter has so far been unusual.


“We are the second coldest country in the world, the snowiest, but winter is not to be seen. It’s missing in action in Atlantic Canada, especially in Nova Scotia.”


The anomaly has caught the attention of lots of folks.


The topic came up in a popular Facebook group with dozens of people responding with photos of everything from pansies to dandelions.


Insects are also being spotted, with a number of people reporting flies, mosquitos — even bees.


The snowless season has also led to some unusual activities for January in Nova Scotia.


Business is brisk at the only open golf course in the Halifax area, where the bonus rounds have put everyone in a good mood.


“Well, quite honestly, I wouldn’t be here, except these two gentlemen here coerced me,” said golfer Jim Campbell with a smile.


“And who would have known we’d be out Jan. 3 golfing and everything’s green and the boys are excited,” added Ray Drohan.


“Jimmy protests too much about whether he wanted to come out,” said Drohan. “He was the driving force.”


Their friend Pat LeFort said, normally, the group’s first round of golf would be on March Break.


“Actually, a few years ago, we played in January,” said LeFort. “This course here is pretty well the only one that’s open, so we don’t have much opportunity to play.”


There was less time for fun inside the clubhouse, where the acting manager can barely keep up with bookings, though conditions aren’t exactly ideal.


“The fact that the people are willing to come out in the conditions that they are certainly surprises me,” said Doug MacLeod.


“I like to golf as much as the next person, but I’m kind of a warmer weather golfer.”


“Everybody’s pretty thrilled there’s actually a course open that allows them to get outside and get some exercise and continue to work on their swing over the wintertime. It’s a little unusual for around here, as people can imagine. So, a lot of favourable comments for sure,” said MacLeod.


An hour away at Ski Martock, the gates opened for season pass holders today with all machine-made snow on the runs.


Officials say the facility generally opens between November and January, so this season’s start is on the later side of normal.


Still, real snow would be considered a bonus.


“As usual, we capitalize on the cold weather when it comes,” said Ski Martock operations manager, Andy MacLean.


“We make lots of snow when we have those below-zero temperatures, and we know that we’re going to hang on and maintain that snow and coddle it,” he said.


So, as local social media pages fill with colourful images, Nova Scotians are getting used to all kinds of unusual sights, and few complaints about slippery roads, frozen pipes and everything else winter brings.


For the moment, anyway, Mother Nature’s confusion feels a bit like a gift, but it’s best not to get used to it.