How to Get Compensation for Delayed Flights and Canceled Flights? 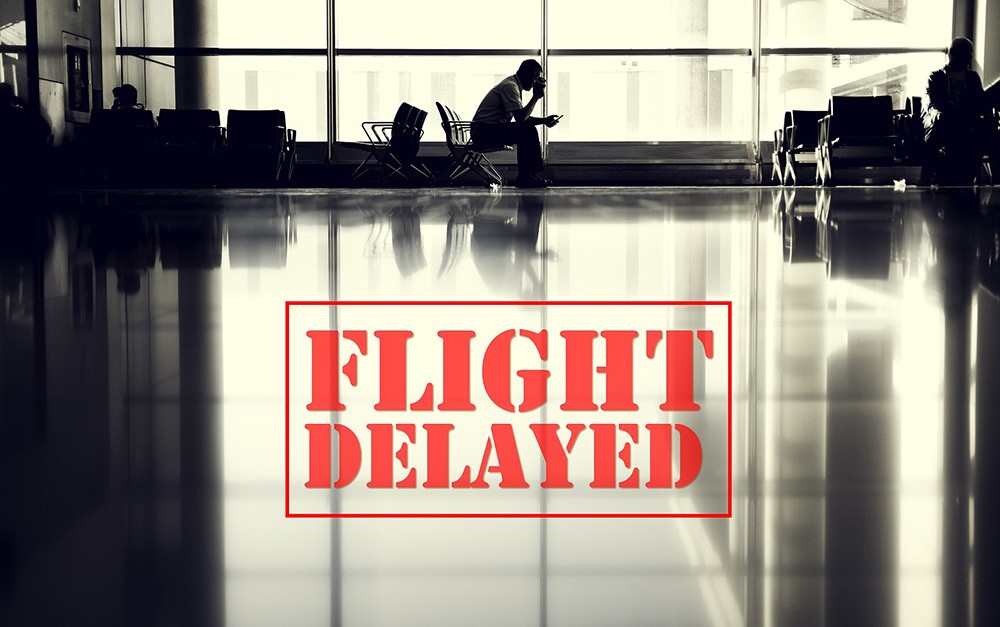 We’ve all been there – ready to start our trip to a fun new destination or heading home to our own comfortable bed when disaster strikes in the form of a delayed or canceled flight.

Interminable waiting at an airport, missed connections, and having to spend extra on food, lodging and sometimes even a whole new flight.

Although I’ve never had a flight canceled (yet – knock on wood!) I’ve had my fair share of long delays! And it always adds an extra layer of unnecessary stress to what should be an exciting journey.

For a long time, it was just something that we travelers accepted as one of the hazards of traveling. However, thanks to EU law EC 261/2004, you actually have a chance to get compensation for flight delays or canceled flights!

That’s right – depending on a few factors, if you’ve had a delayed or canceled flight departing from or landing in an EU airport, then you might be able to get up to €600 in compensation!

Which Flights Fall Under the EU Flight Delay Compensation Law?

To start with, if you want to get your EU flight delay compensation, your flight must either originate from or arrive into an EU destination.

Note: the non-EU countries Switzerland, Iceland and Norway, located in Europe, are also covered by this law. So you don’t have to worry about your flight to Geneva not being covered.

If your flight departs from the EU going to a non-EU destination or is EU to EU, then you’re covered and can apply for your flight compensation no matter the flight carrier.

If you’re flying from a non-EU airport and landing in the EU, then you are only entitled to the canceled or delayed flight compensation if the airline is headquartered in the EU.

Confused? Not to worry! If you’re going from Lisbon to London, or from Paris to New York, you are covered no matter the airline you fly with.

How Long Does a Flight Have to Be Delayed for Flight Compensation?

Ok, so you’ve had a delay on a flight that originated in the EU, can you file for your delayed flight compensation now?

Well, there are a few more factors. How long was the flight delay? If the delay was less than three hours, then, unfortunately, you’re not going to get any money back.

As much as that two hour flight delay messed up your plans, and in some cases can lead to a missed connecting flight, anything less than three hours falls outside of this law.

On top of that, it must be a three hour delay from the time you ultimately arrive at your destination. This means, if you were supposed to land in Stockholm at 11:15, you must land at 14:15 or later to be eligible.

A lot of companies build extra time into their flights, so you can take off over three hours late and get to your destination only 2:45 late, so be aware of that when you’re getting ready to file a claim!

How Much Compensation Can You Claim?

Depending on how long the flight delay is, and how long the distance traveled is, you are eligible to get anywhere from € 250 for a 3 hour delay on a shorter, intra EU flight to € 600 for a four hour plus delay on a flight that’s longer than 3,500 kilometers.

If your flight was outright canceled, you qualify for canceled flight compensation, but only if you have not accepted a refund from the airline.

An important thing to note is that if the flight delay or cancelation was for reasons that the airline couldn’t possibly help, like a strike from employees not affiliated with the airline or a natural disaster, then you won’t be entitled to any compensation.

If the airline employees are striking, there are mechanical issues on the plane or the crew simply turned up late, then you can definitely file a claim.

How to Claim Compensation for Flight Delays and Cancelations?

Whether your flight was delayed or canceled, there are a few ways to file the claim to get your EU flight compensation.

You can file the claim yourself, by claiming with the airline and then, if the claim is rejected, you can escalate it to the adjudicator or to the regulator, in some cases which are dependent on the country.

There are also companies who will complete this process for you, doing all the work while you sit back and wait for your money to arrive. AirHelp is one of those companies helping you to get compensation for your delayed EU flight.

In exchange for a set percentage of your compensation, these companies take your flight information and fight for you to get the compensation you deserve. This can be a great help, as airlines are notorious for trying to get out of paying fair compensation to travelers who have been delayed by them.

Of course, if you do decide to use a company to help get your delayed flight compensation, do check the fine print! Make sure you understand their fees and terms.

Like this article about how to get compensation for flight delays? Pin it!

This article about delayed flight compensation contains an affiliate link. I may receive a commission for purchases made through this link, at no additional cost to you.