8 Myths of Solo Travel and What Really Happened to Me 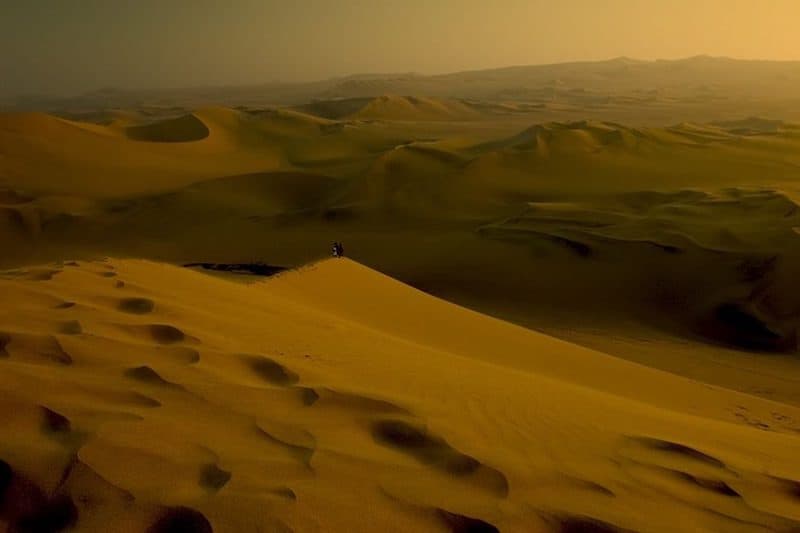 I was a good student in high school–I got perfect grades and never broke a rule or forgot my homework. I also spent my study halls pouring over brochures about study-abroad, drinking in the photos of sun-soaked travellers as they smiled into the camera, scaled the Great Wall of China and shared stories over cafes con leche in Buenos Aires. I wanted that, that sense of freedom and independence and adventure. It was time to travle, and I was going solo.

8 Myths of Solo Travel and What Really Happened to Me

I was eighteen years old and, excepting a week in Toronto, I had never left the United States. However, most people in my small Southern Ohio town didn’t travel, at least not for long periods of time and definitely not by themselves.

When I announced my plans to defer college and go to Spain for four months to volunteer on a farm owned by people I had only communicated with over email, I discovered that I had unwittingly broken a lot of unspoken rules.

While my parents and close friends were supportive, many members of my community felt compelled to convince me to change my mind or tell me flat out that I was going to get myself killed.

Although I didn’t admit this at the time, as an impressionable 18-year-old, these comments affected me greatly — not because I was scared, exactly– but because I was, for the first time in my life, doing something that others didn’t approve of. I was used to being an excellent student and stand-out athlete–suddenly, I was a rule-breaker.

Five years (and three continents and many adventures) later, I feel compelled to address these concerns directly.

Here are some things my friends, relatives, teachers and peers told me about solo travel as an 18-year-old female. And how they were wrong.

8 Myths of Solo Travel and what actually happened to me

1. “It’s dangerous over there.

“If you walk around by yourself you’ll get murdered for sure.”

I spent a lot of time walking around European cities by myself. Sometimes at night. I only once felt vaguely uncomfortable and then I followed my instincts and quickly went into a store where I was surrounded by people. Obviously, there are places in the world where one should not walk around at night by oneself.

Some of these places are in Spain. A whole lot of them are in the United States. In New York City, there are 5 homicides per 100,000 people. In Madrid, that number is 1. The world is a dangerous place, but not nearly as dangerous as we are led to believe.

“I heard that if you drink the water you’ll get sick and die.”

I drank a lot of tap water in Spain. It was delicious. The water that comes out of my tap in Southern Ohio is cloudy and tastes vaguely like rusty pipes. Sure there are places where you shouldn’t drink the water, but Spain is not one of them. In fact, as a whole, Spain has pretty nice infrastructure, as does the rest of Europe.

I think we Americans would travel more if we stopped thinking of the rest of the world as one, big, uncivilized ghetto. Spain has trains that can go 200 miles per hour (or maybe more, what do I know about trains?) and while you zoom through the countryside you can sip on a delicious, strong expresso with steamed milk. Now who’s uncivilized? I rest my case.

“You will probably get kidnapped and sold into the sex trade.”

Newsflash, it’s really hard to travel by yourself and not talk to strangers. And that’s okay. Why? Because most people in the world are good people. Saying that in the US is like saying you hate puppies or that gluten is good for you, but it’s true. Most people are not out to kill you–you’re just not that important, sorry.

Once again, it’s crucial to trust your instincts whether you’re traveling by yourself or otherwise–if something about a situation or a person feels off, get out. But no need to treat every passerby like a potential sex-trafficker. That’s just not a good way to make friends.

“How do you know the people that you’re going to stay with aren’t axe murderers?”

Because 99.99% of people are not axe murderers. And if I were an axe murderer (or any other sort of murderer for that matter), I probably would have figured out that there are easier ways to lure in unsuspecting victims than a website dedicated to organic farming. Like, say, Craigslist.

Here’s what actually happened — I flew across the world to live with and work for strangers I had met on the Internet. They housed me, fed me four delicious meals a day and treated me like family. The end.

5. Tours are Much Better

“If you really have to do this, why don’t you just go on one of those tour things? It’d be so much safer.”

Well, for a lot of reasons. A, I don’t have 4,000 spare bucks lying around and B, being shepherded around to museums and famous cathedrals sounds exactly like how I’ve always imagined hell. Of course, that’s my personal hell. If it sounds good to you, go for it, but to me, especially at that point in my life, it would have been misery.

A tour would have defeated the entire purpose of my trip. The people who made this comment this tended to overlook the fact that I was trying very hard, possibly for the first time in my life, to NOT take the safe route.

“What if you decide to come home?”

I was homesick. In fact, on several occasions, I really wanted to come home. But I couldn’t, so I got up in the morning and practiced my Spanish and made friends and learned to enjoy spending time by myself. And before long, I was so glad I hadn’t been able to hop on a plane back to the States. Sometime it’s good to not have an out. Sometimes it’s not supposed to be easy.

“You might decide you don’t want to go to college at all. Or you’ll be unmotivated when you get there.”

I’m not trying to toot my own horn here, I’m trying to prove a point. Time-off, travel and independence do not jeopardize education; they enhance it.

8. Get It Out of Your System

“Well, I guess it’s good that you’re getting this out of your system now. You have to do it while you’re young.”

Before I left for Spain, travel had never been a big part of my life. Ever since then, I have lived for it. I have lived on three continents and spent my summers tooling around the American West. Somewhere along the line I decided to be a travel writer. Wanderlust breeds more wanderlust. If travel is something you “get out of your system,” you’re doing it wrong.

So what, exactly, am I trying to say with all this? It boils down to this: If you’re a young woman who wants to travel–by yourself or with friends or whatever–just do it. Be smart, trust your instincts, drink the water and break the rules. You will make friends. You will get into college. You will learn to be strong and independent and fabulous. And if anyone tells you otherwise, make them read this post.

yd Schulz is a recent graduate of Middlebury College (it’s okay if you’ve never heard of it). She is currently wandering the world looking for things to write about and good places to ride her bike down mountains.

Solo Traveller Confessions – Amusement and Self Discovery in Kyoto

5 Things my Two-Year Sailing Journey Taught Me About Life

Why Learning from Mistakes and Shifting Focus is Important